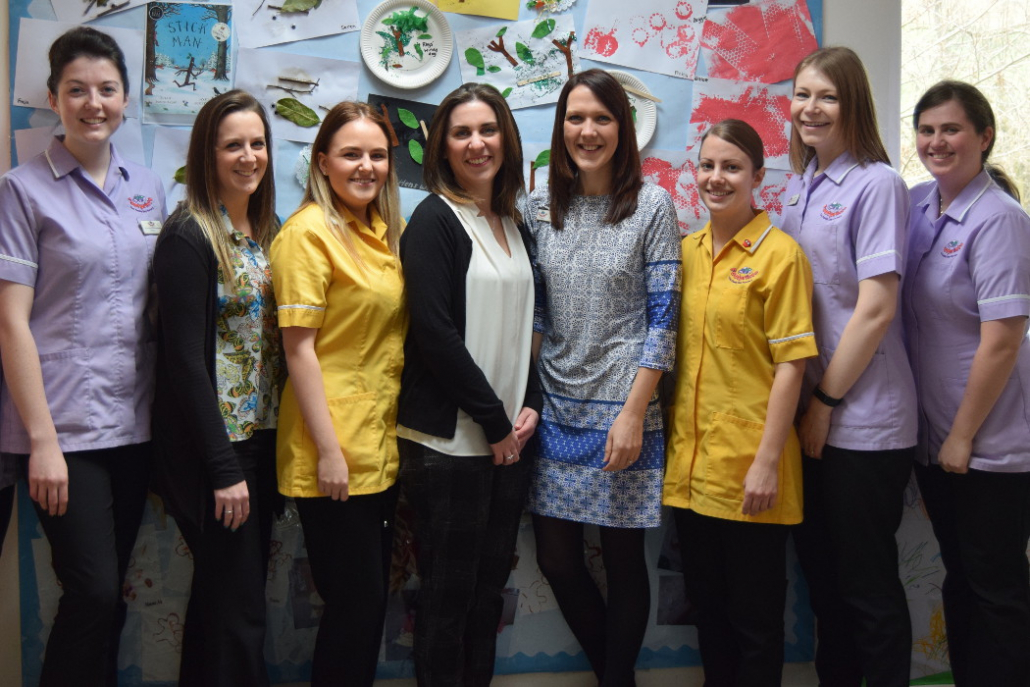 The daynurseries.co.uk Top 10 Nursery Awards 2017 highlight the most recommended day nurseries in each region of the UK. The awards are based on over 28,500 reviews received between 2015 and 2017 from parents, relatives and guardians of children who attend the nurseries.

Rachel Parry, nursery manager of our Bollington nursery, said: “We are so delighted to receive these awards!  We are incredibly proud of all our staff and the commitment and dedication they put in to making Footprints a safe, happy and fun-filled environment where children learn and develop.”

“The early years are such an important part of a child’s life and knowing we make a difference to this makes our job even more rewarding.”

Davina Ludlow, director of daynurseries.co.uk, has said: “Footprints Day Nurseries has shown that it delivers excellent early education throughout its nurseries and we’d like to congratulate it on being a top nursery group and their Bollington setting for being a top nursery in North West England, as rated by parents! We feel it is a real achievement to be recognised for being in the Top 10 nurseries and nursery groups by the families and carers of the children.”

We would like to thank our parents, grandparents, aunts, uncles, carers and guardians for taking the time to write such beautiful reviews and recommendations which have all supported and contributed to Footprints winning these awards. We are proud of our nurseries and staff for their hard work and dedication in providing outstanding childcare.

Our Macclesfield and Bollington Nurseries are Ofsted Outstanding